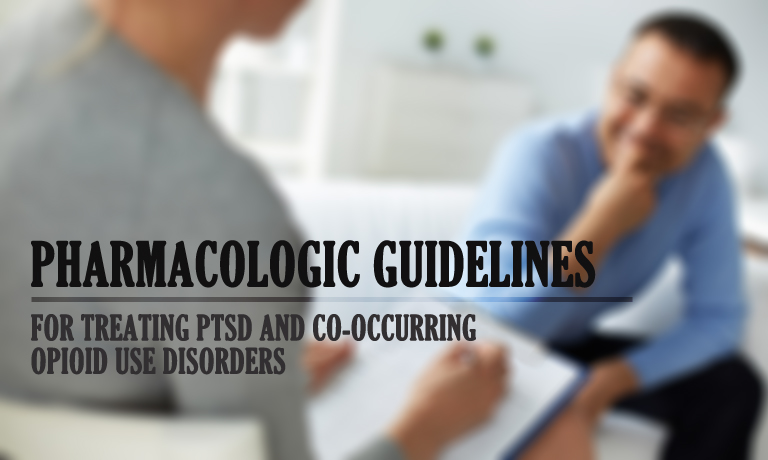 Some of the most problematic substances of abuse in PTSD are opioids. For example, for returning veterans from Iraq and Afghanistan, both the widespread availability of opioids and their use in managing the pain of injured soldiers will likely increase the prevalence of this co-occurring condition in clinical settings in this country.

Untreated PTSD in opioid dependent individuals receiving opioid dependence therapies (methadone or buprenorphine maintenance, detoxification treatment, and drug-free residential treatment) has been associated with ongoing mental, physical, and occupational disability, despite improvements in substance abuse (Mills et al., 2007). Symptoms of PTSD do not improve with opioid therapy in those with co-occurring PTSD and opioid dependence (Trafton et al., 2006). Therefore, it is important to screen those presenting for treatment with opioid dependence for co-occurring PTSD. Likewise, it is important to screen those with trauma symptoms for concurrent opioid abuse. It is essential to develop a treatment plan that will appropriately address both disorders.

Effective treatments for PTSD in individuals with opioid disorders include both psychosocial interventions (e.g., relapse prevention, contingency management, prolonged exposure, and teaching coping skills) and pharmacotherapies. The types and sequencing of these modalities will vary between individuals and be influenced by individual choice. Prescribers should discuss risks and benefits of medications so every individual can make an informed choice regarding different treatment options. Psychosocial interventions are key to effective treatment of both conditions. They serve to educate individuals about both disorders, improve awareness on how these problems interact to contribute to poor outcomes, and assist in the development of coping skills to manage PTSD and opioid use disorder symptoms (both in the early and later phases of treatment). A review of effective psychosocial interventions is beyond the scope of these guidelines (publications and practice guidelines are located at http:// apa.org/pubs and http://www.psych.org).